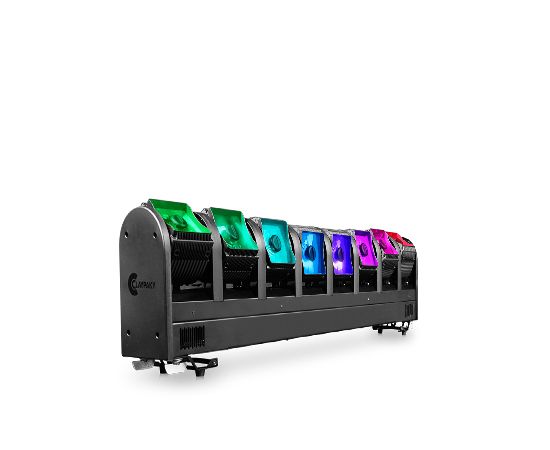 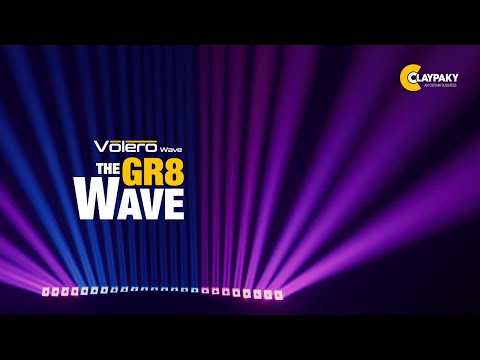 Claypaky has always been known for its research and innovation skills, thanks to which it has often introduced on the market fixtures and solutions that revolutionized the world of Entertainment Lighting.

Today we are pleased to present VOLERO WAVE, an incredible LED bar with original and innovative features, because it is made up of a system of 8 independent moving bodies.

In fact, with Volero Wave you will have eight separate heads at your disposal, each independently capable of moving on a 220° TILT and giving rise to three-dimensional and volumetric projections that have never been seen before.

Each of these heads contains a brand-new mirror-based optical system combined with 40W RGBW LEDs, which express a higher light intensity than any of the LED bars currently on the market. The innovative concept behind Volero Wave, as well as the main challenge for the Claypaky R&D team, was to be able to move the entire light source on its axis, thus preserving the same intensity of the light flux in any position of the tilt range.

The beams always appear extremely sharp and collimated, parallel to each other thanks to the 2.9° projection angle. The synchronized movement produces an impressive wave of light, all the more overwhelming the more Volero Wave fixtures are seamlessly connected to each other.

Claypaky has designed a system that would allow the Volero Waves to be aligned with each other with extreme precision.  They are easily set up and mounted on the truss to create the "wave effect". Mounted on the Claypaky Panify, they even add an endless PAN rotation at variable speed, making Volero Wave the most dynamic light effect fixture on the market.

Volero Wave adopts all the most important functions that characterize a product for first-class spectacular effects.  We have the pixel mapping for the control of each parameter for each single LED pixel and the exclusive Advanced Layers Management, which allows the operator to use simultaneously three levels of effects.

Volero Wave is a totally new lighting effect that adds a distinctive trait to any lighting design. It offers the lighting designer the power to create truly original and three-dimensional light scenes within television and film productions, musicals, live events, touring and any show that you want to stand out. It is a must see product.